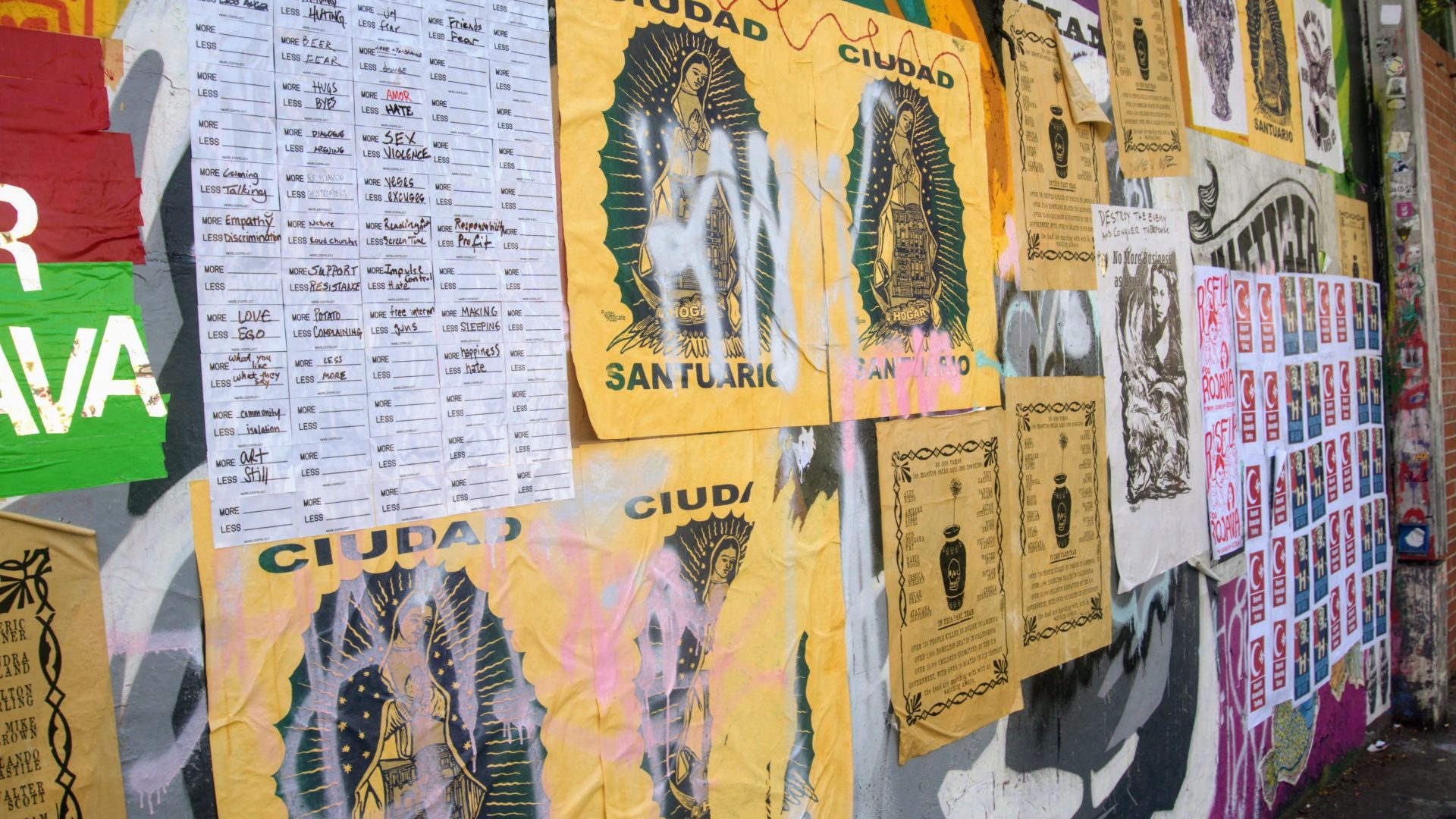 My manuscript, The Mission Impossible: The Cultural Politics of Community and Gentrification in Postwar San Francisco, explores Latino community formation in the Mission District of San Francisco and examines how this creates a space for gentrification. I’m also tinkering with several digital components and am packaging an oral history archive that accompany this manuscript project.

Latinos in San Francisco’s Mission District worked to build a community to defend themselves from urban redevelopment and corporate development from the 1960s to the 1980s. They used arguments of safety and community to protect local spaces from destruction by outsiders as well as dangers of police harassment and discrimination. To guard these spaces, residents fought for a built environment that met their needs and reflected their diverse cultures.

In contrast, planners, municipal leaders, and corporations wanted to maximize profit and build up San Francisco as a global capital of finance. To accomplish this, they tried to standardize urban spaces to help people efficiently navigate the city without fearing confrontation. When Mission residents’ traditional forms of activism, such as strikes and municipal appeals, failed to stop the arrival of a rapid transit system and fast food restaurants in the neighborhood, they looked to new methods of enacting change. Through art and mural-making, residents made Mission spaces more beautiful, safe, and representative of their culture and identity.

As Latinos painted local culture onto its walls, gentrifiers and their less predatory predecessors gravitated toward the Mission to be near this community they saw as authentic. These newcomers – bohemians, yuppies, dot-commers, hipsters, and bro-grammers – broke with their middle-class suburban peers. Collecting experiences such as viewing murals, eating tacos, and living in cheap Victorians, gentrifiers defined authenticity while they consumed it. I explore how the origins of gentrification rested not just in the neighborhood’s Victorian homes but also in the radical politics of local newspapers, the cultural inclusivity of murals, and the popularization of the Mission burrito.

Rhetoric of safety and authenticity shaped these battles over Mission spaces fought by Latinos, corporate giants, municipal powers, and gentrifiers. Examining these groups’ visions for urban spaces provides a way to explore how racial, class, generational, and cultural tensions emerged in fights over la Misión. As Latinos and gentrifiers fought over tacos and coffee beans, soccer fields and homes, graffiti-covered walls and farm-to-table restaurants in the Mission, they wrangled over racialized concepts of safety and authenticity that transcended racial binaries.